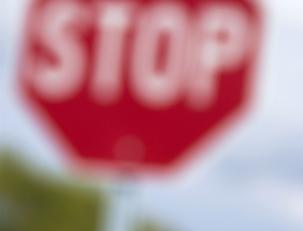 In a recent study, more than 30% of fatal accidents in Quebec were in direct result of drug use, alcohol consumption, or a combination of the two (Societe de l’assurance automobile du Quebec).  As a result of a 2002 poll, it was reported that almost 20% of drivers had driven within two hours of taking an impairing drug (Traffic Injury Research Foundation).  Despite this research there are no statistics available that conclude with complete certainty that drivers under the influence of cannabis, for example, impact road safety.

Bill C-2 of the Criminal Code section 253(a) states that impaired driving under the influence of both drugs and/or alcohol is a criminal offence, but there is no “legal limit” offence under the Criminal Code  for drugs like there is for alcohol.  As a result the police currently do not have the authority to demand physical sobriety tests or body fluid samples for suspected drug-impaired driving investigations and very few designated means of controlling such offences.

Should the impaired driver volunteer to participate, however, all gathered evidence is admissible in court.  Standardized Field Sobriety Tests (SFSTs), the implementation of Drug Recognition Experts (DREs) and bodily substance samples are a few examples of techniques that have been proven to be effective in detecting drug impairment, should the alleged offender volunteer to participate.  Canadian Police have been using DREs since 1995 but only a volunteer basis.  This may change in the near future.

Reformations to the Criminal Code were proposed in an effort to strengthen drug-impaired driving investigations, most notably the request to provide police with the authorization to demand participation in the aforementioned tests both at the roadside and police station locations.

If approved, refusing to participate in these tests would be considered a criminal offence.  It would be punishable under the same law that demands roadside breath tests for alcohol.  It is estimated that the implementation of these reforms will require 11.9 million dollars in total funding by the Government of Canada to facilitate the necessary training, research and evaluations.  The Canadian Government believes these legislative reforms could contribute to modernizing Canada’s cannabis laws and enhancing investigations in impaired driving not only in regards to cannabis but over-the-counter, prescription and illegal drugs as well.

In the meantime … be smart, be safe and protect those around you. Don’t take drugs and drive.